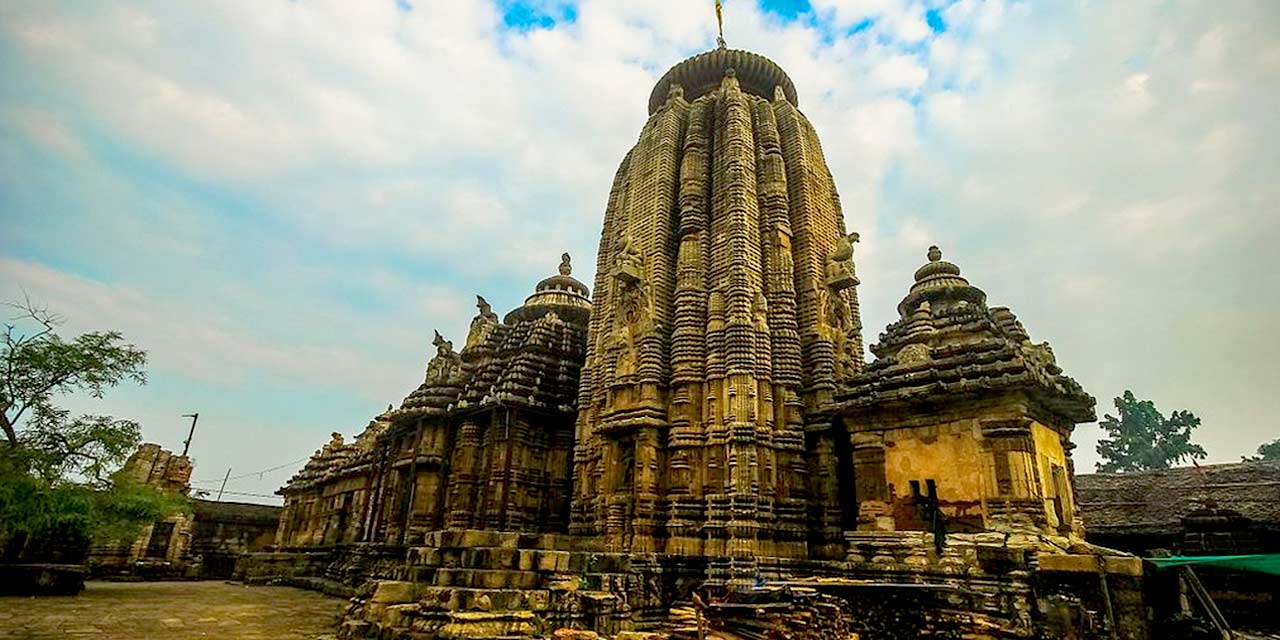 Ananta Vasudeva Temple is one of the oldest and famous temples of Odisha. Located in Bhubaneswar, the temple lies close to the Bindu Sarovar and the Lingaraj Temple. Dedicated to Lord Vishnu, the temple is among the few Vaishnavite shrines in the city. The deities worshiped at the shrine are Lord Vasudeva (Krishna), Lord Ananta (Balarama) and Goddess Shubhadra.

One of the highlights of the temple is its kitchen, where Mahaprasad popularly known as Abhada, is prepared in earthen pots using firewood and earthen stoves. This sacred temple food is first served to the deities and then to the devotees at Bhoga Bazaar, adjoining the shrine. The whole ambience is similar to Puri Jagannath Temple’s Ananda Bazaar.

Queen Chandrika Devi of the Eastern Ganga dynasty built the Ananta Vasudeva Temple in the 13th century. However, it is believed that an idol of Lord Vishnu was worshiped at the same place, prior to construction of the temple. In the late 17th century, the shrine was renovated by the Marathas, who by then had extended their reign till Odisha (erstwhile Kalinga).

The popular Hindu festival of Janmashtami - the birthday of Lord Krishna - is celebrated with vigor at the Ananta Vasudeva Temple. On this day, the temple is beautifully decorated with flowers and lights. Prayer chants and devotional songs played in the premises make the atmosphere quite spiritual. Thousands of devotees visit the temple on that day to worship Lord Krishna and offer milk, butter, sweet, curd and flowers as homage.

The Ananta Vasudeva Temple is known for its fantastic Kalinga style of architecture. An interesting aspect of the shrine is its pillars and walls, which are engraved with several images that depict chapters from different Vaishnavite scriptures. The Gopuram (entrance tower) of the shrine is also carved with pictures of various gods and goddesses that portray various mythological stories. The temple also has long Shikharas (spires) carved with various images.

The main shrine is divided into four parts: the sanctum, Jagamohana, Bhogamandapa and Natamandira. The main sanctum consists of the idols of Lord Balarama, Lord Krishna and Goddess Shubhadra.

All prayers are performed in the worship hall called the Jagamohana, while Natamandira is where different festivals are celebrated. Bhogamandapa is the hall, where devotees make offerings to the gods.

Things to do at Ananta Vasudeva Temple in Odisha

Besides paying homage to the gods, tourists can explore the wonderful architecture of the temple. A must-do thing at this place is to eat the temple food, prepared in its own kitchen. Devotees flock to the temple in numbers to eat this holy food called Abhada. About 200 people work in this kitchen, which is open for the public to witness its unique cooking process, using earthen pots and earthen stoves.

There are quite a few tourist attractions nearby that are worth visiting. Bindu Sarovar is one, which is located to the east of the Ananta Vasudeva Temple. It is about 1300 feet long and 700 feet wide. A local belief is that a dip in the holy water of the Bindu Sarovar washes away all the sins and drinking it cures all diseases. Located nearby also is Ekamra Van, which is a medicinal garden, featuring a wide variety of medicinal plants and trees.

There is no entry fee to visit the Ananta Vasudeva Temple. The shrine opens for devotees at 6.30 am and closes at 7 pm. It remains open all days of the week.

Bhubaneswar is well connected to all major cities of the country by air, rail and road. The Biju Patnaik International Airport, which is the main airport in the city, lies at a distance of 3.8 km from the Ananta Vasudeva Temple. The Bhubaneswar Railway Station is approximately 4.2 km away from the temple.

Local transport services like auto rickshaws and private cabs are easily available from the railway station and the airport. Tourists staying at any of the hotels in the city can avail local buses, cabs from top car rental companies in Bhubaneswar or auto rickshaws to reach the Old Town area, where the temple is located, without any hassles.

Things to keep in mind while visiting Ananta Vasudeva Temple

Book an all-inclusive Bhubaneswar tour package with us to have a gala time on your Bhubaneswar tour. We at Bhubaneswar Tourism, a division of Holidays DNA, present a variety of travel packages that cater to your varied holiday needs and other preferences so that you can visit all the popular sightseeing places of Bhubaneswar comfortably. Fill out the Contact Us form and we’ll get back to you with the best of our services.