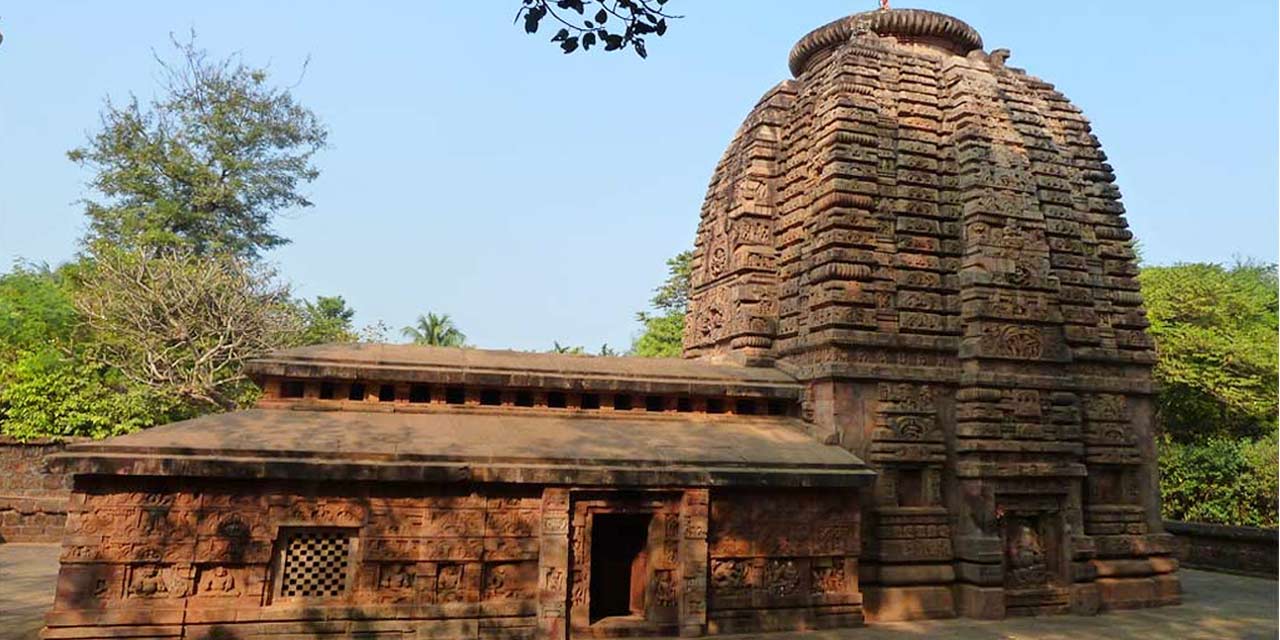 Parasurameswara Temple is located in Bhubaneswar, the capital city of Odisha. This ancient Hindu temple is known for its splendid architecture, which is believed to have influenced the architecture of other temples in Odisha, built after it. According to experts, this was the first temple where the entrance hall called Jagamohana was attached to the main sanctum.

Located in the same premises of the Mukteswara Temple, this shrine is dedicated to Lord Shiva, who is worshiped here as Parasurameswara. One of the major highlights of the temple is the one thousand Shivalingas it houses at its north-west corner. The shrine is visited by devotees all round the year, as it is considered to be one of the important holy places devoted to Lord Shiva in India.

The main festival celebrated in the Parasurameswara Temple is Parasumastami. According to the Hindu calendar, this festival falls in the month of Ashada (June or July). A procession and feast is organized during this festival.

The Parasurameswara Temple is known for its Kalinga style of architecture. The spire (Shikhara) of the shrine is designed in Pancharatha style. The temple is divided into two main parts, including the sanctum (Vimana) and prayer hall (Jagmohana). The sanctum has a square shape, with its walls being divided into different segments called Pagas or Rathas. On the other hand, the prayer hall has a rectangular shape with a terraced roof.

The main entrance of the prayer hall features exquisite carvings of elephants. The hall has four windows, two on its west side and one each in the north and south. These windows have an interlaced design, featuring sculptures of musicians and dancers. It has another doorway in the south direction as well.

The north wall of Jagamohana comprises sculptures of various deities including Lord Ganesha and Goddess Chamunda, along with images of Saptamatrikas – the seven Hindu goddesses, who symbolize power (Shakti). The names of these goddesses are Brahmi, Maheshwari, Kaumari, Vaishnavi, Varahi, Indrani and Chamundeshwari.

The porch and the outer walls of the temple feature carvings of animals, flowers, couples, mythological stories and figures of Hindu deities. The images of Ardhanareswara, Ganga, Yamuna, Lord Shiva and Goddess Parvati can also be seen engraved on the walls of the shrine. Lord Shiva has been represented in the form of Nataraja, displaying various dancing poses.

Things to do in Parasurameswara Temple Bhubaneswar

The best thing to do at the Parasurameswara Temple in Bhubaneswar is to marvel at its splendid architecture, especially the carvings on the walls and doors as well as the thousand Shivalingas. Visitors to the temple can also spend some relaxing time in the premises, near the pond and in the lush green garden.

In addition to visiting the Parasurameswara Temple, tourists can head to some other popular holy places located nearby such as the Lingaraj Temple, Mukteswara Temple, Rajarani Temple, Kedar Gouri Temple and Ananta Vasudeva Temple. All these temples are also famous for their brilliant architecture.

The shrine remains open all the days of the week from 5 am to 6 pm. There is no entry fee to visit the temple.

How to Reach Parasurameswara Temple Bhubaneswar

The Parasurameswara Temple is located in one of the important areas of the city. Reaching here from any part of the city, airport, railway station or bus stand is quite easy as there is always availability of private taxis, auto rickshaws and local buses. For a hassle free commutation within the city, hire a private taxi from top car rental companies in Bhubaneswar.

The Biju Patnaik International Airport lies at a distance of about 3.6 km from the Parasurameswara Temple while the Bhubaneswar Railway Station is about 3.9 km away. The Baramunda ISBT Bus Stand, which receives buses from cities from within Odisha and other neighboring states, is located at an approximate distance of 7.3 km.

Things to keep in mind while visiting Parasurameswara Temple Bhubaneswar

At Bhubaneswar Tourism, a division of Holidays DNA, we offer a range of Bhubaneswar tour packages so that you can choose the one that best suits your needs. Whether you want to stay in the heart of the city or in a secluded villa, we can help you find the perfect place to stay. We can also tailor-make your itinerary to include all the sightseeing places of Bhubaneswar and activities that you want to do. Whether you’re looking for a romantic getaway, a family holiday or a group trip, we can help you plan the perfect Bhubaneswar vacation. To get in touch with us, please fill the Contact Us form.